What is Firapy Study Club?

【Firapy Study Club】is an organization that conducts research and research on the correct understanding and usage of Firapy / Far Infrared Phototherapy.
The application of far infrared in medical treatment in Japan dates back to the 1970s and 1980s. Nowadays, there are various "infrared devices", which are leading the health trend in Japan and are also used in clinical practice. However, no detailed research or discussion has been reached.
In 2018, in addition to the abundant clinical achievements in the world, the FIRAPY, Far-Infrared Therapy Unit, which has been widely used in medical institutions in various countries for many years, has been launched in Japan and is attracting attention. ..
As of the end of 2019, Firapy is used in more than 100 facilities nationwide. Although there are various effects of Firapy, far-infrared therapy, which is a type of infrared rays, has not been discussed much in the medical community. The Firapy Study Group is a place for interaction and collaboration between teachers, nurses, clinical engineers, etc. in each clinical department in order to use Firapy more effectively and provide high-quality treatment of shunt care and foot care from a wide range of perspectives. I am aiming to be.

FIR applies for medical use ever since the 1970s. Nowadays, there are various FIR devices which becoming more popular and trending in health support. When the skin absorbs FIR, resonate will be created. This energy will regulate metabolism, proteins, and RNA in the human body, this would raise the anti-inflammatory, antioxidant, and repairing effect. This Firapy study club is an organization that intends to gather professionals exchanging knowledge, experience, and ideas to deepen the understanding of Far infrared (FIR) in medical uses and its mechanism and benefit patients and the public.

We received your comments. thank you. 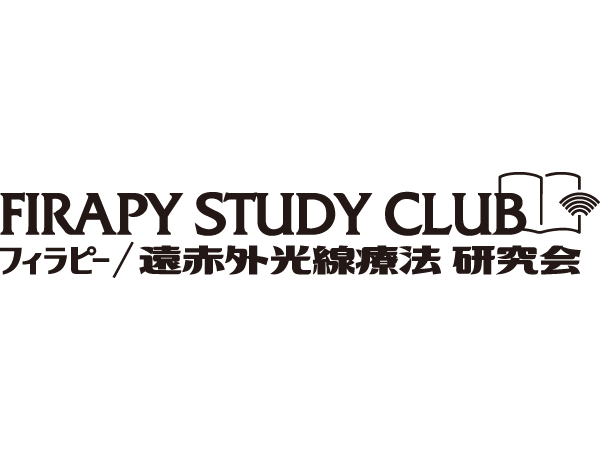